Those who love Pearls and want something different are often enchanted by the exotic and undoubtedly charming black Pearl. Tahitian Pearl ( black pearls ) is considered to be the second most valuable variety of Pearl in the world. Tahitian Pearls are a mystical piece of jewellery formed by the black oyster Pinctada margaritifera. Its name comes from the fact that it is cultivated mostly in the islands of French Polynesia.

However, the beauty and uniqueness of Tahitian Pearls does not limit to their size. Tahitian Pearls offer an incredibly huge variety of iridescent colors. These pearls are the only variety that offer a full range of colors. Pearl oysters have a black mantle that shows all natural colors. This variety is magically transferred to pearls, with their colors shimmering on their surface. You can find several soft shades of green, pink, blue, silver and yellow.

But the most precious of this variety of Pearls is the black pearl, as its naturally dark tones are unique among pearls of all kinds. A natural black pearl from Tahiti is extremely rare and is considered to be by many one of the most beautiful types of pearls in the world. Most Tahitian pearls labeled “black” are actually charcoal gray, silver or dark green. 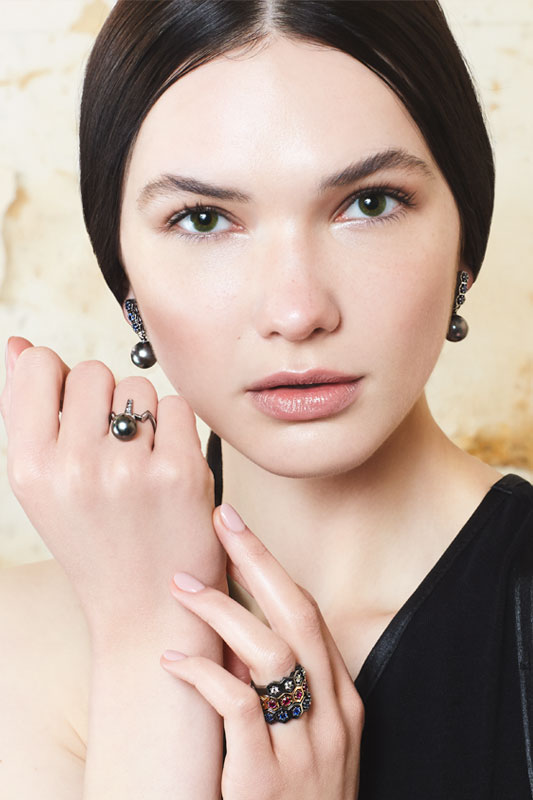 Black pearls farms are located in the blue lagoons of the Tuamotu-Gambier open Sea, one of the five open seas that make up French Polynesia. It takes at least two years for an oyster to grow enough to start producing pearls.